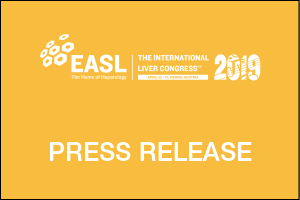 ILC 2019: ‘Treatment as Prevention’ programme for hepatitis C in Iceland reports high levels of cure, but homelessness is found to be a barrier to success

A national ‘Treatment as Prevention’ programme for hepatitis C has today reported high levels of cure but found that homelessness more than doubles the chance of failing treatment with direct-acting antiviral (DAA) drugs. First results from the Treatment as Prevention for Hepatitis C (TraP HepC) initiative in Iceland, which were reported today at The International Liver Congress™ 2019 in Vienna, Austria, indicate that a cure from HCV infection can be achieved with one course of treatment in almost 90% of programme participants, although cure rates may be lower among injection drug users.

Injection drug use is the most important risk factor for hepatitis C virus (HCV) transmission in many countries, and the prevalence of HCV infection is highest among people who inject drugs (PWID) than among any other risk group.1,2 Multiple studies have provided evidence that people with HCV who inject drugs can be treated successfully with antiviral drugs, yet access to treatment across Europe still appears to be limited.3

In an effort to improve this situation and achieve World Health Organization HCV elimination targets, many countries in Europe have implemented harm reduction and/or hepatitis C elimination programmes, which build on the concept of treatment to prevent onward transmission of HCV.3,4 The TraP HepC programme in Iceland was launched in January 2016 and since the launch of the programme, all HCV-positive individuals have been offered direct-acting antiviral (DAA) agents, with priority groups including PWID and those with advanced liver disease.4

‘During the first 2 years of the programme, 631 individuals – which amounts to 80% of the estimated HCV-infected population in Iceland – were initiated on DAA treatment,’ explained Dr Magnús Gottfredsson from the National University Hospital in Reykjavik, Iceland, who presented the first results from the programme. ‘Recent injection drug use was reported by 210 of these individuals, with more than half injecting in the 30 days prior to treatment.’

‘Forty individuals in our cohort (6.3%) were homeless.’

‘Overall, in its first 2 years, the Trap HCV programme has achieved high rates of treatment success among some difficult-to-reach and -treat HCV-infected populations,’ said Dr Gottfredsson. ‘We were concerned, however, to find that homelessness is a risk factor for treatment failure, which we suspect is due to treatment discontinuation. Interventions must be targeted towards this group of individuals to limit the spread of HCV infection.’

’This is an important study, since it demonstrated the feasibility of treating this group of patients, although with a lower rate of success’ said Professor Helena Cortez-Pinto from the Hospital Universitário de Santa Maria, Lisbon, Portugal, and an EASL Governing Board member.

Session title: ‘Cascade of care towards elimination of viral hepatitis’

Abstract: Is homelessness the biggest hurdle to treatment success in the management of HCV in the era of direct acting antivirals? Results from the TraP HepC nationwide treatment initiative in Iceland (PS-072)

Magnús Gottfredsson has received speaking fees from Gilead. Gilead provided DAAs at no cost to the TraP Hepatitis C Program in an epidemiological study setting