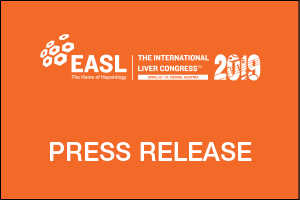 ILC 2019: UK disease clustering study suggests that environmental exposure may play a key role in the development of some autoimmune liver diseases

Investigators from a large population-based study conducted in northern England have suggested that exposure to a persistent, low-level environmental trigger may have played a role in the development of autoimmune diseases of the liver within that population. The study, which was discussed today at The International Liver Congress™ 2019 in Vienna, Austria, found a significant clustering of cases of primary biliary cholangitis (PBC), autoimmune hepatitis (AIH), and primary sclerosing cholangitis (PSC) in well-defined regions of north-east England and North Cumbria, suggesting an environmental agent (or agents) may have been involved.

The autoimmune liver diseases, PBC, AIH, and PSC, are relatively rare diseases that are associated with significant morbidity and mortality.1,2 These conditions affect people of all ages and are chronic, life-long conditions.2 The underlying cause of these autoimmune liver diseases is not fully defined, although an interaction between a genetic predisposition to autoimmunity and environmental factors has been proposed.2

Disease clustering, whereby an abnormally large number of cases have been found in a well-defined geographical region, has been reported previously for PBC in two areas of Northern England3,4 and New York.5 However, according to the investigators in today’s study, equivalent studies have not been performed in AIH or PSC.

The study reported today was conducted by a team of researchers from Newcastle in Northern England, supported by the National Institute for Health Research Newcastle Biomedical Research Centre. The team identified a large cohort of individuals from North-East England and North Cumbria who had PBC (n=2,150), AIH (n=963), or PSC (n=472). Spatial point analyses were used to investigate disease clustering using postal addresses, and, for those with a known year of diagnosis, spatio-temporal analyses were undertaken.

Areas with a higher than expected number of patients with each of these three conditions were found at approximately 1–2 km, with extra clusters for AIH and PSC at approximately 10 km and 7.5km in PBC. There was no sign of more patients being diagnosed within a particular timeframe that suggests an infection is less likely to be associated with development of these diseases.

“This study suggests that exposure to a persistent, low-level environmental agent may have played a role in the pathogenesis of all three autoimmune liver diseases studied, not just PBC,” said Dr Jessica Dyson, Associate Clinical Lecturer at Newcastle University and Consultant Hepatologist at Newcastle upon Tyne Hospitals NHS Foundation Trust in the UK.

“The varying distances of peak clustering raises the possibility that different environmental factors contribute to PBC, AIH, and PSC. In previous PBC clustering studies, water reservoirs, industrial or coal mining factors, or waste disposal site toxins have been implicated,”6 noted Dr Dyson. “Further work is ongoing to try to identify factors that may potentially be associated with the clustering observed in our study.”

This study is very important, since autoimmune diseases of the liver are infrequent but have an increasing incidence overall,” said Professor Marco Marzioni from the Università Politecnica delle Marche, Ancona, Italy, and an EASL Governing Board Member. “However, their triggers are as yet unknown. Environmental factors have been considered, but no solid data have emerged so far. The study presented today has sufficient scientific rigour to reinforce the idea that environmental exposure may play a major role in triggering autoimmune diseases of the liver.”

Session title: ‘Autoimmune and cholestasis I’