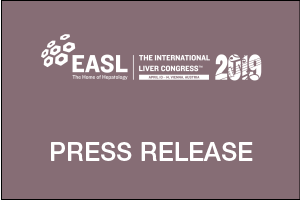 Hepatic encephalopathy (HE) is a neurological syndrome that is a hallmark of liver failure1 and affects up to 40% of individuals with liver cirrhosis.2 Recurrent HE, which is defined as two or more episodes of HE over a period of 6 months,2 leads to frequent hospitalizations1 and to an increased risk of irreversible brain injury.3 Standard-of-care for both episodic treatment and the prevention of recurrence is lactulose, with or without the antibiotic rifaximin.2 These treatments and other antibiotics used during the management of cirrhosis can lead to changes in the gut microbial landscape (dysbiosis), triggering further episodes of HE and leading to a microbiota profile that has been linked to cognitive impairment and systemic inflammation.3

FMT using an enema formulation has been shown to reduce hospitalizations, improve cognition, and reduce dysbiosis in individuals with recurrent HE.3 The study presented today evaluated the safety, tolerability, and health impact of a new capsule formulation for delivering FMT in a group of 20 individuals with cirrhosis and recurrent HE already receiving lactulose/rifaximin treatment.

This was a randomized, participant-blinded, placebo-controlled study. Individuals were randomized 1:1 to receive 15 FMT capsules (prepared from a single donor with enrichment with beneficial Lachnospiraceae and Ruminococcaceae bacteria) or placebo. Efficacy assessments included endoscopies with duodenal/sigmoid biopsies, stool analysis, and cognitive function assessments performed using the EncephalApp and psychometric hepatic encephalopathy score (PHES). Assessments were performed pretreatment and 2–4 weeks posttreatment, with a 5-month follow-up.

Six individuals in the placebo group required hospitalization/died compared with one in the FMT group (p=0.05). The number of hospitalizations was higher in the placebo (n=9) than in the FMT group (n=1; median 1.5 vs 0; p=0.02). At baseline, the microbial diversity in the stool, sigmoid and duodenal mucosa was similar between groups. Post-FMT, there was a significant increase in duodenal mucosal microbial diversity and relative abundance of Ruminococcaceae and Bifidobacteriaceae bacteria, with a decrease in Streptococcaceae and Veillonellaceae in FMT recipients. No changes in stool/sigmoid diversity was seen post-FMT but significant reductions in Veillonellaceae were observed post-FMT in the sigmoid mucosa and stool. Cognitive function, as assessed using EncephalApp scores, improved significantly in the FMT group vs the placebo group (p=0.02).

‘Faecal microbiota transplant using a single stool donor enriched with bacterial species we know are deficient in this population is a promising approach to the potential treatment of patients with cirrhosis and recurrent HE,’ said Dr Jasmohan Bajaj from Virginia Commonwealth University and the McGuire VA Medical Center in Richmond, USA. ‘Larger studies are now needed to confirm these findings.’

‘Oral faecal microbiota capsules are an interesting innovation to modulate the gut microbiota in cirrhosis and could represent a novel treatment strategy to reduce the burden of recurrent hepatic encephalopathy’ said Annalisa Berzigotti, Associate Professor of Medicine at the University Clinic for Visceral Surgery and Medicine, University of Berne, Switzerland, and a member of the EASL governing board.