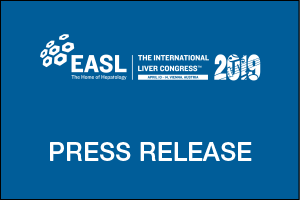 Final results from a Phase 1 study suggest that the novel superoxide dismutase mimetic, calmangafodipir, is well tolerated and may reduce liver injury after paracetamol overdose. The study, which was presented today at The International Liver Congress™ 2019 in Vienna, Austria, found that administration of calmangafodipir in combination with N-acetylcysteine (NAC) within 24 hours of overdose was associated with lower levels of biomarkers of hepatoxicity compared with N-acetylcysteine alone.

Paracetamol overdose is the most common cause of acute liver failure in the Western world, accounting for almost 50% of all cases in the USA1 and around 60% in the UK.2 NAC is the mainstay of treatment for paracetamol overdose, effectively preventing hepatotoxicity when used within 8 hours of paracetamol ingestion.3 However, the treatment has major shortcomings, with a complex and arduous 21-hour intravenous (IV) treatment regimen and a high risk of potentially severe adverse events, including anaphylactoid reactions.3

Calmangafodipir (PP100-01) is a superoxidase dismutase mimetic that has been shown to prevent paracetamol toxicity in mice.4,5 The agent has recently been explored in a Phase 1 tolerability and safety study,3 the results of which were presented today in Austria.

This randomized, open-label study involved 24 individuals who were recruited from the Emergency Department of a large teaching hospital in the UK within 24 hours of a single or staggered paracetamol overdose. All were considered candidates for NAC treatment at study enrolment. Participants were randomly assigned to one of three dosing cohorts, with each cohort randomized to receive NAC + calmangafodipir (n=6), or NAC alone (n=2). Calmangafodipir was administered IV between the first two NAC bags at doses of 2, 5, or 10 μmol/kg. The primary endpoint of the study was the safety and tolerability of the combination treatment. Secondary endpoints included alanine aminotransferase (ALT) activity and the biomarkers of hepatotoxicity, full-length keratin-18 (FLK18) and microRNA-122 (miR-122), measured at baseline, 10 hours and 20 hours after starting NAC treatment.

‘Calmangafodipir was well tolerated when coadministered with NAC in this study,’ said Dr James Dear from the University of Edinburgh in the UK, who presented the latest study results. ‘Although the results are preliminary and need confirmation in a larger study, the evidence suggests the treatment may reduce liver injury after paracetamol overdose.’

Prof Philip Newsome (Vice-Secretary, EASL) said, “These data demonstrate the potential value of novel agents in addition to N-AcetylCysteine in the management of paracetamol overdose. We look forward to testing in larger studies and in particular the value of calmangafodipir in patients presenting late after a paracetamol overdose.”

James Dear is a member of the Expert Advisory Group for the Innovative Medicines Initiative-funded EU TransBioLine Consortium. This study was funded by PledPharma AB